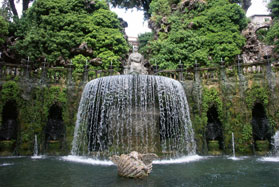 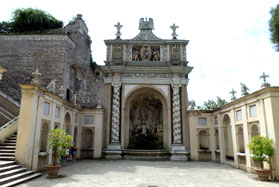 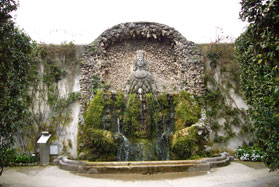 A little history of the Villa d'Este in Tivoli

Cardinal Ippolito d'Este ordered the construction of Villa d'Este in 1550. The painter, archaeologist and architect Pirro Ligorio devised this wonderful project carried out by the architect Alberto Galvani. In 1572 the pictorial decoration of the rooms of the Palace was almost finished. In 1605, by the will of Cardinal Alexander d'Este, a restoration phase was carried out with repair works in the garden and in the hydraulic implants, rearrangement of the gardens and improvements of the fountains.

Other works of restoration were realized between 1660 and 1670 under the direction of Gian Lorenzo Bernini. During the 18th century Villa d'Este fell into a period of decline that worsened when it became the property of the House of Habsburg. In the middle of the 19th century, when the Dukes of Modena gave the royal right of the town to Cardinal Gustav von Hohenlohe, the reforms were carried out with which the town returned to host important figures of the cultural world.

With World War I, the villa became property of the Italian State (1920-30), which undertook a new phase of restorations and opened it to the public. The bombings of World War II damaged the villa and immediately after the war a radical restructuring was carried out. Years later, restorations were carried out that contributed works like the Fountain of the Organ and its "Songs of the birds".

What is the Villa d'Este in Tivoli nowadays?

Villa d'Este in Tivoli, very close to Rome, is a masterpiece of Italian architecture for the design of its gardens. It was declared a World Heritage Site in 2001 by UNESCO and is currently managed by the Superintendent of Environmental and Architectural Heritage of Lazio.

This masterpiece of "Italian garden" has an impressive concentration of fountains, water lilies, caves, water games and hydraulic music, it has been a model imitated in the European gardens of Mannerism and Baroque.

Curiosities of the Villa d'Este in Tivoli

Did you know that one of the most important fountains of this village is the Fontana de Nettuno (Fountain of Neptune)? This fountain was originally made by Gian Lorenzo Bernini and was restored in the 20th century. Thanks to its great beauty became a model for the realization of many fountains of the 18th century.

Why visit Villa d'Este in Tivoli?

The Villa d'Este in Tivoli had beautiful gardens built in terraces in Mannerist style that were very typical of the Renaissance taking advantage of the spectacular hillside of the territory. Its realization needed many innovations to bring the water and supply the great amount of waterfalls, fountains and water games that were used for its decoration.

This villa was inspired by the Hadrian Villa which was the aristocratic retirement of the Emperor Hadrian, as well as in various Roman techniques of hydraulic engineering.

How to visit Villa d'Este in Tivoli?

The Villa d'Este is a splendid example of Renaissance residence and to visit it, is possible to join the Tivoli, Hadrians Villa & Villa dEste Tour departing from Rome.

The Villa d'Este in Tivoli is a few kilometers from Rome. There are many reasons to visit Rome, walking through its streets and corners awakens the irresistible desire to return to it. Therefore during your visit to the eternal city, do not forget to visit the following attractions:

The Vatican Museums are one of Rome's main attractions. Inside are thousands of works of art collected over five centuries by the Catholic Church. Certainly one of the main reasons to visit the Vatican Museums is the Sistine Chapel, considered the masterpiece of Michelangelo.

Spain Square (Piazza di Spagna) is one of the most visited places in Rome. The monumental staircase is a meeting place not only for the Romans but also for tourists and undoubtedly has been the ideal setting for an endless number of films.

Another of the places that you can not miss in your tour of Rome is Navona Square (Piazza Navona), located in the place where it was in the year 86, the stadium of Domitian (Circus Agonal), had a capacity for more than 30,000 spectators where the Romans enjoyed the Greek athletic games.

Closed on Monday, January 1st, May 1st and December 25th 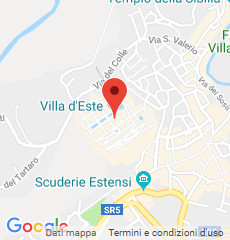