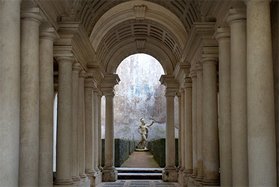 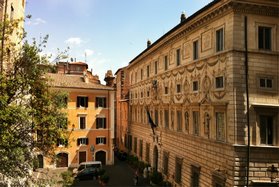 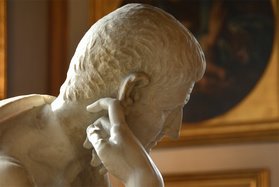 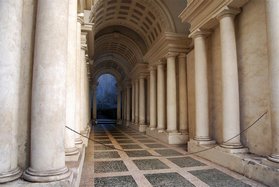 A little history of the Spada Gallery

The Spada Gallery is housed in the 16th century Capodiferro Palace, which is undoubtedly one of the most beautiful and representative buildings of Mannerist architecture in the city of Rome. The artistic trend developed between the Renaissance and the Baroque (1530/1610).
This Gallery has four rooms and a beautiful collection of Baroque paintings created during the 17th century by Cardinals Bernardino and Fabrizio Spada.
The unique charm of this place is based on the richly decorated rooms furnished with important examples of Baroque furniture. Also, here are some masterpieces by Guido Reni and Guercino, Orazio and Artemisia Gentileschi, Tiziano, Parmigianino, and Jan Brueghel, as well as a beautiful selection of the international protagonists of the Caravaggesque painting such as Valentin de Boulogne, Trophime Bigot, Pieter Van Laer, and Hendrick Van Somer.
Walking through the Palace courtyard from the main entrance, on the left, it is possible to admire the Gallery through a central opening closed by a walnut door, with this singular perspective in the small Melangoli garden. The Gallery preserves the most spectacular Baroque artifice of Rome, the illusionist colonnade created in 1653 by Francesco Borromini for Cardinal Bernardino Spada. A skillful product of mathematical and perspective calculations where the illusion is due to the fact that the planes converge at a single vanishing point. This resource was already widely used during the Renaissance by various artists such as in Masaccios paintings or in Brunelleschi's architecture but it was successfully rescued in this Gallery by Borromini.

What is the Spada Gallery today?

In December 2014, the gallery came under the administration of the Polo Museale del Lazio, and it was founded in 1927 after the Italian State bought it. During the 1940s, it remained closed, but it opened its doors to the public definitively in 1951, and it is housed on the first floor of the Palace. The Italian Council of State is also located in this building.

Curiosities about the Spada Gallery

Did you know that the amazing gallery designed by Borromini is 9 meters long, even though it would seem to be almost 40? This is a forced effect of depth that Borromini achieved with the progressive reduction of its elements, that is, as the width of the walls is tightened, the floor rises, and the height decreases, making it appear larger. The effect was created following the laws of optics, so much so that the sculpture seen in the back garden is 60 cm even though it appears to be life-sized.
Did you know that one of the places where Sorrentino's film was filmed was the Spada Gallery? Sorrentino's Oscar-winning film La Grande Belleza (The Great Beauty) had the magnificent masterpiece of Borromini's perspective set in one of its scenes.

Why visit the Spada Gallery?

The Spada Gallery exhibits a small art collection that goes from the 16th to the 17th century. The main attraction of this lush 16th-century palace is the gallery with the false perspective created by Borromini. For the most part, this collection was assembled by Cardinal Bernardino Spada, showing the great interest of the Spada family in gathering and promoting the art of their time.
Among the works in the collection are the works by artists such as Andrea del Sarto, Jan Brueghel il Vecchio, Michelangelo Cerquozzi, Mastelletta, Parmigianino, Bartolomeo Passarotti, Mattia Preti, Guido Reni, Pietro Testa, Tiziano, Francesco Trevisani, Pieter van Laer, Domenichino, Gian Lorenzo Bernini, Niccolò Torniolelly, and others.

How can I visit the Spada Gallery?

Lovers of baroque, perspective, optics, mathematics, and art from the 16th and 17th centuries cannot miss visiting the Spada Gallery. The reservation of tickets for this museum can be made comfortably online.

Located in the heart of the historical center of Rome, the Spada Gallery is between the Vatican Museums and the Colosseum, in a beautiful area of the city. Close to this beautiful gallery is Campo de'Fiori with its market, Piazza Navona with its bars and cafes and the Pantheon located in the Pigna district, a neighborhood that takes its name from the monumental sculpture of a Pineapple of Roman origin that was found here during the Renaissance and was brought to the Vatican, currently located in the Pineapple Courtyard of the Vatican Museums.
Alternatively, if you prefer, you can take advantage of a pleasant walk along the Tiber River until you reach the Sant'Angelo Castle, also called Hadrian's Mausoleum.
All of this and much more only in the Eternal City!

Closed on: Tuesday, January 1 and December 25 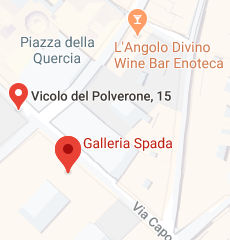