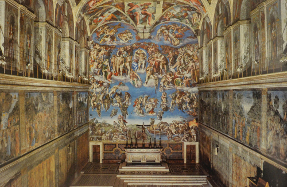 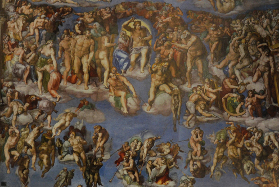 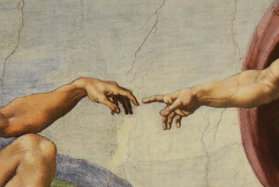 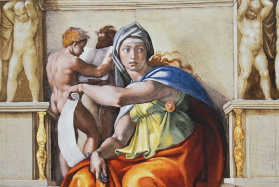 A little history of the Sistine Chapel

The Sistine Chapel is one of the chapels of the Apostolic Palace in the Vatican City State, where the pope's official residence is located. Originally it worked like the chapel of the Vatican fort and was known like Cappella Magna. Its name comes from Pope Sixtus IV who ordered its restoration between 1473 and 1481. Since that time this chapel has served to celebrate papal acts and ceremonies of the Catholic Church.

During the pontificate of Sixtus IV, a group of Renaissance painters were called to perform works in the chapel, among them Sandro Botticelli, Pietro Perugino, Pinturicchio, Domenico Ghirlandaio, Cosimo Rosselli and Luca Signorelli. Two series of fresco panels were made, one on the life of Moses to the left of the altar and another on the life of Jesus Christ on the right. These panels were accompanied by portraits of the popes who had governed the Church until then. The paintings were finished in 1482, and on the occasion of the festivity of the Assumption, Sixtus IV celebrated the first mass in the chapel consecrating it to the Virgin Mary.

Commissioned by Pope Julius II, Michelangelo decorated the vault of the chapel, all frescoes from the ceiling of the Sistine Chapel are the work of this brilliant artist who took four years to complete the work, from 1508 to 1512, creating a work of art unprecedented that would change the course of Western art. Years later, between 1536 and 1541, painted the Final Judgment in the wall of the altar, for the popes Clement VII and Pope Paul III.

Over 500 years later, Michelangelo's frescoes with their extraordinary iconographic complexity continue to attract a multitude of visitors and art critics as are considered one of the top works of the history of painting.

What is the Sistine Chapel today?

Currently the Sistine Chapel is the seat of the conclave, the meeting in which the College of Cardinals chooses a new pope. The fame of the Sistine Chapel is due mainly to its spectacular fresco decoration, especially to the barrel vault and wall behind the altar with The Last Judgment, two works by Michelangelo between 1508 and 1512.

The restoration of the Sistine Chapel during the 1990s demonstrated the incredible technical mastery of this artist and painter who had no assistants to perform the paintings but only relied on some workers in charge of preparing the ceiling. The large size of the figures and the difficulty of applying the paint following the curvature of the ceilings have made this fresco a unique and exceptional creation.

Pre book online your Vatican Museums and Sistine Chapel tickets, Sistine Chapel tours, either group tours or private visits with an expert guide and skip the line access at the ticket office (All tours include the Raphael Rooms).

Curiosities of the Sistine Chapel

Did you know that since 1870 the Sistine Chapel is the seat of the conclave that is the meeting in which the cardinals choose a new pope? Once the new Pope has been elected, he is led to the tiny "Tears Room" (La stanza del pianto) of the Sistine Chapel which is to the left of the altar under The Last Judgment. It is known by this name because the new Pope often burst into tears for the excitement of his appointment.

Did you know that with Michelangelo changed the representation of God that until then had a hand pointing down through the clouds? In the Sistine Chapel we can see for the first time the reproduction of God with a muscular body and a long white beard, in addition to being very similar to the Greek god Jupiter.

Did you know that the Creation of Adam is one of the most famous images of the Sistine Chapel? It is located in the central part of the vault and represents the Genesis story in which God gives life to Adam.

Did you know that Michelangelo initially rejected the commission of decorating the Sistine Chapel, considering it a work too large and even raised suspicions that he had been recommended for this work by his rivals to see him fail? At that time, the technique of the fresco was almost unknown, a technique that did not allow mistakes or return back in addition to requiring very short times. The total surface painted by Michelangelo is 460 square meters.

How to visit the Sistine Chapel?

If you prefer a guided tour, you can join a guided group tour, which can also include the St. Peters Basilica, or you can also book the Vatican Museums Private Tours.

The Sistine Chapel is also included in a special guided tour designed by the Vatican Museums that allows visitors to visit the Museums, the Vatican Gardens and the papal villas of Castel Gandolfo in a single day.

In addition, for those who prefer to have a guide at their disposal, it is possible to book excursions with a private guide that, upon request, can also include the "hidden" areas of the Museums, that is, the Niccolina Chapel (Chapel of Nicholas V), the Bramante Staircase and the Cabinet of the Masks, areas generally closed to the public and therefore not included in the regular visit route.

The Sistine Chapel is located inside the Vatican Museums located on the right if we look at St. Peter's Basilica from St Peter's Square. Therefore in this area it is possible to visit not only the set of museums that are in the Vatican City but also the square designed by Bernini and the basilica with the dome designed by Michelangelo whose construction was completed in 1590. After the death of Michelangelo, the project to finalize the construction of this majestic dome was in the hands of Domenico Fontana and Giacomo della Porta, who made only small variations the original project.

You can complete your tour of the Vatican Museums, the Sistine Chapel and St. Peter's Basilica with Castel Gandolfo, the summer residence of the pope now opened to the public. Ask your tour guide or your tour operator for this highly recommended.

The Sistine Chapel is closed on Sunday, except for the last Sunday of the month (free entrance - guided tours or entrance tickets are not available on this day). 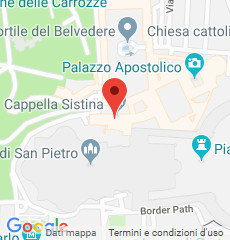