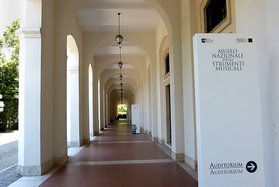 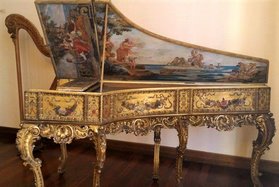 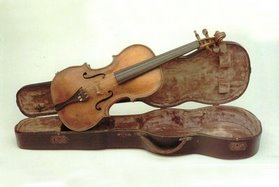 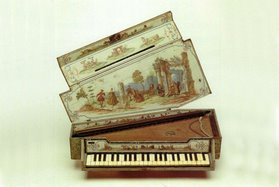 A little history of the National Museum of Musical Instruments

Evan Gorga was a tenor with a dazzling career who decided to retire after only four years. He began in 1895 with Thomas 'Mignon and ended in 1896 at the Teatro Regio (Royal Theatre) in Turin, playing the role of Rudolph in the premiere of Puccini's La Bohème. After his retirement, Gorga devoted himself to collecting. In a few decades he collected more than 150,000 pieces including antique weapons, terracottas, and scales, but what stood out the most was his interest in musical instruments.
For economical and space reasons, he was forced to get rid of part of the collection while keeping the collection of musical instruments. In 1929, at the request of Gorga himself, the state subjected the collections to administrative seizure to prevent their dismemberment, placing them in storage. Only in 1943 were the boxes opened, and in 1949 the Italian state bought the collection, stipulating an agreement to pay Gorga's debts.
The musical instruments were placed in various warehouses until 1964, when they were housed in the "Samoggia" building, the former barracks of the "Principe di Piemonte" and the current headquarters of the Museum.
In 1971, works began for the restoration of the building. The restoration was completed in 1974 with the inauguration of the Musical Instruments Museum. Since then, the rich collection that extended over a chronological period of more than two thousand years was further expanded with the acquisition of very rare and precious specimens such as the piano built by Bartolomeo Cristofori in 1723, the Barberini Harp from Joerg Weier's and a 16th-century group of twisted bagpipes.

What is the National Museum of Musical Instruments today?

The National Museum of Musical Instruments is housed in Palazzina Samoggia, a short distance from the Basilica of San Giovanni in Laterano and the Termini station at Piazza Santa Croce in Gerusalemme 9/a in Rome. This museum is mostly made up of Evan Gorga's vast and diverse private collection. It currently houses around three thousand specimens of various ages and origins, of which more than eight hundred are being exhibited.
Thanks to the help of audiovisual systems, multimedia, and interactive workstations, the exhibition of this museum offers the opportunity to deepen the knowledge of music from different points of view.
The museum promotes its structure and love of music by regularly organizing reviews of ancient music, concerts, and conferences.

Curiosities about the National Museum of Musical Instruments

Did you know that among the wonders of this museum stands out a collection of more than 800 rare and ancient instruments from Italy and Europe? In this beautiful museum, you can admire one of the last three pianos of Bartolomeo Cristofori and the oldest German harpsichord in the world, the famous Harp Barberini, among many other relics from the past.

Why visit the National Museum of Musical Instruments?

Because this museum is a jewel of art and a treasure of history where the most extensive collection of its kind in Europe is housed, it has around 3,000 pieces that cover a period from late Hellenism to the 20th-century. This visit provides information on ethnographic and anthropological analysis, making it the ideal opportunity to discover the connections between musical production, history, customs, and crafts. Behind each musical instrument, we find the expert and patient work of generations of harpsichords, luthiers, harpists, organ builders, wind instrument makers, cabinetmakers as the result of transmitting information from parents to children for generations.

How can I visit the National Museum of Musical Instruments?

How can I visit the National Museum of Musical Instruments.

Have you ever wondered, what can I see in Rome? The answer is straightforward: Everything!
The eternal city offers you a multitude of places, monuments, and attractions that will leave you speechless. Of course, on your tour, you can't miss attractions such as the symbolic monument of Rome and Italy, the Roman Colosseum, and while you're in the area, complete your visit with the Roman Forum and the Palatine. The second "must-see" in Rome is St. Peter's Basilica, a project by Bramante, which dates back to 1506 built by artists such as Raffaello, Antonio da San Gallo, Michelangelo, and Bernini.
The Pantheon, the temple dedicated to all the gods and the best-preserved building of ancient Rome. The Vatican Museums, which are among the most beautiful and sophisticated museums in the world with an incredible collection of works of art collected by various popes over the centuries; here you can also admire the majestic Sistine Chapel. The Trevi Fountain, a splendid baroque fountain, designed by Nicola Savi in 1732. Piazza Navona, the magnificent Fountain of the Four Rivers, Bernini's masterpiece. The Capitoline Museums, the oldest public sculpture gallery in the world. The baroque Piazza di Spagna from 1725, with its famous Trinità dei Monti staircase. The Borghese Gallery which houses one of the most prestigious collections of art objects in Rome. Piazza Venezia, where you can find Palazzo Venezia, the first great Renaissance building in Rome and the 1885 Victorian monument, the Altar of the Fatherland.
Of course, in the list of what to see in Rome, we could continue to infinity, but we hope that these few examples will help you to make your trip unforgettable!