The Catacombs of Rome 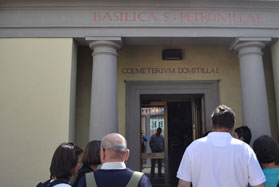 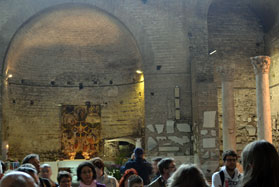 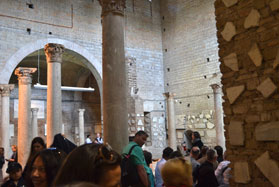 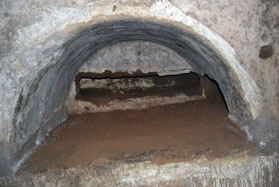 A little history of the Catacombs

The Catacombs of Rome are underground galleries used for centuries as cemeteries. The catacombs began to take place in the 2nd century and were not finished until the 5th century. Here the pagan citizens, Jews and the first Christians of Rome were buried.

The word catacombs means "next to the quarry", comes from the fact that the first excavations made to be used as a burial site were carried out on the outskirts of Rome, next to the ground of a quarry. Christians did not share the heathen tradition of incinerating bodies and to solve the problems of lack of space and the high cost of land, these enormous cemeteries were created underground.

The Catacombs are made up of an infinity of underground tunnels that form authentic labyrinths of kilometers along which several rows of rectangular niches were excavated. The corpses were wrapped in a sheet and placed in these niches that later were closed with tombstones of marble or cooked clay where the name of the deceased was engraved with a Christian symbol.

What are the Catacombs nowadays?

In the city of Rome there are more than sixty catacombs composed of kilometers of underground tunnels in which thousands of tombs are found. Currently only 5 of them are open to the public:

Catacombs of San Calixto are in Via Appia Antica, 110/126. They have a network of 20 km of galleries and house the tombs of 16 pontiffs and dozens of Christian martyrs.

Catacombs of Priscilla are located in Via Salaria, 430. In its interior are conserved some frescoes of importance for the history of art as the first representations of the Virgin Mary.

Catacombs of Domitilla are located in Via delle Sette Chiese, 280. These catacombs of more than 15 km were discovered in 1593 and take their name from the granddaughter of Vespasiano.

Catacombs of Saint Agnes are located in Via Nomentana, 349. Saint Agnes was buried in these catacombs after having been tortured for her Christian faith, hence her name.

Curiosities of the Catacombs

Did you know that the Catacombs were the ancient underground cemeteries used by the Christian and Hebrew communities in the Rome area? The Christian catacombs are the most numerous and had their beginnings in the 2nd century and were extended until the first half of the 5th century.

Did you know that according to the Roman law of the time it was forbidden to burial the dead in the interior of the city? For this reason all the catacombs were located outside the walls of the city. These places were a shelter apart and hidden underground where Christians could burial their own, using freely Christian symbols.

Why visit the Catacombs?

The Catacombs of Rome offer you a walk through the heart of the city where you can see the funeral remains of burials made many centuries ago. In this journey through the dark and humid corridors will help you understand a buried part of the Romes history as was the high infant mortality of the time in addition to some larger graves in which a whole family was buried.

During this unique tour, a specialized guide on the subject will explain different data of interest related to the catacombs and the era in which they were used.

How to visit the Catacombs of Rome?

The Catacombs of Rome are accessible only in the company of a guide, so you can participate in the Christian Rome and Catacombs Guided Group Tour and discover them.

Very close to the Catacombs of Rome are The Caracalla Baths which were one of the largest and most spectacular thermal baths centers of antiquity. The baths were used by the Romans not only for hygiene, but also to improve their social relations.

Within a short distance of the Catacombs is the Roman National Museum, the archaeological museum in Rome that houses collections of history and culture of the city and which is divided into 4 venues: Crypta Balbi, Palazzo Massimo, Baths of Diocletian and the Palazzo Altemps.

Catacombs of San Sebastiano
Opening hours: from 10:00 to 5:00 pm
Closed on Sunday, December 25th, January 1st.
Winter closure: on the month of December

Catacombs of Priscilla - Via Salaria, 430 - Rome 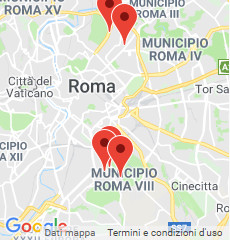