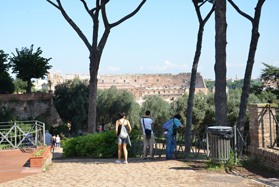 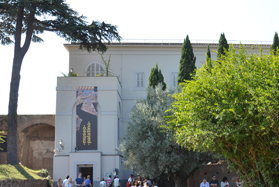 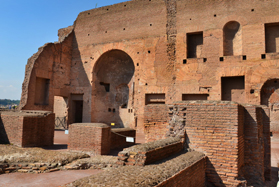 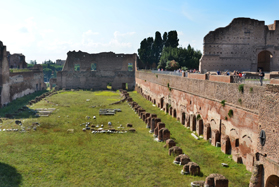 A little of history of the Palatine

According to an ancient tradition, it was in this hill that Romulo built the first nucleus of Roma in the second half of the 8th century BC. Excavations have revealed huts and tombs of the Iron Age and the ancient fortification. The Palatine was also the center of worship as that of Cibeles, the personification of the fertile land, an ambivalent goddess symbolizing the creative and destructive force of nature.

Between the 2nd and 1st century BC the Palatine became a residential colony for the Roman aristocracy. In this period the House of Griffi was built, famous for its paintings. Emperor Augustus transformed the Palatine into the official power center and began a program of building imperial palaces and restructuring and expanding buildings built by former emperors.

What is the Palatine nowadays?

The Palatine is one of the oldest areas of Rome where the ruins of the temples and the palaces of the Roman emperors that live there are now found. Although today there are only a few parts of the old structures, through them we can appreciate and imagine the lifestyle they had at the time. One of the best preserved structures of the Palatine Hill is the imperial house also known as the House of Augustus.

The Palatine museum is located on the hill of the same name, among the monuments, various objects are exhibit from the Iron Age tombs and works of art from the imperial buildings. The most important of these works are the decorative paintings of the reading room of Isiaca.

Curiosities of the Palatine

Did you know that according to Roman mythology, the cave where lived Luperca (the Capitoline wolf), the wolf who cared for Romulus and Remus, was at the Palatine Hill? Legend has it that when the brothers grew up they decided to form a city on the banks of the river, but without being able to agree, Romulo killed Remus and founded the city of Rome.

Did you know that the Palatine is one of the seven hills of Rome that always represented a sacred place for the Romans? The Palatine gave birth to the city of Rome and is one of the villages where the life of Rome was established as a true urban body.

Why visit the Palatine?

The Palatine Hill has been considered the cradle of the Italian capital, in addition is believed to have been inhabited since 1000 BC. During the republican period, the Romans belonging to the upper class settled in this mountain building luxurious palaces, of which at present important vestiges remain.

The Palatine is located between the Roman Forum and Campo Marzio which is part of the so-called Roma Quadrata. The Palatine is the most central hill of the 7 hills of Rome and in ancient times was the most precious place to live, many personalities like the poet Catullus, the orator Cicero and emperors like Caligula, Tiberius and Nero lived here.

From the height of Mount Palatine you can see the extraordinary panorama of the Roman Forum, which you can also visit, since with only one entrance you can visit the 3 most famous and significant attractions of Rome: The Colosseum, the Palatine and the Roman Forum.

How to visit The Palatine?

The entrance to the Palatine is included in the ticket to the Colosseum and can be easily purchased online.

The wonderful city of Rome presents several attractions that you cant miss, including:

The Capitoline Museums are the oldest public museum in the world and are located in the Piazza del Campidoglio with the famous "Loba Capitolina" (Luperca).

The Trevi Fountain (Fontana di Trevi), the first fountain built during the Renaissance and the most beautiful fountain in Rome. This monumental fountain was built by Nicola Salvi who surprised everyone with his amazing design: "a song to water and life" whose construction lasted 30 years.

The Pantheon of Rome, one of the masterpieces of Roman architecture built in the time of Hadrian, in the year 126 AD. At the moment it remains a church besides being a monument that fulfills the function of real pantheon. In its interior are the tombs of the first two kings of unified Italy besides the tomb of the Renaissance painter Raphael.

Piazza Navona located in the heart of the medieval city and surrounded by narrow streets is presented in Baroque style with its three fountains built under the mandate of Gregory XIII Boncompagni. The main attraction of Piazza Navona is the Fontana dei Quattro Fiumi (Fountain of the Four Rivers), designed by Bernini.

All this and much more!

The Casa delle Vestali, the Temple of Venus and Rome and Arcate Severiane close 30 minutes before the ordinary closing of the archaeological area.
Rampa Domizianea (final section) 60 minutes before.
December 25, January 1. The ticket office closes one hour before the museum. 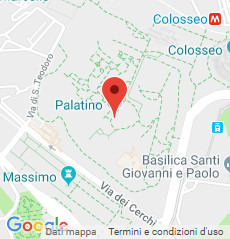