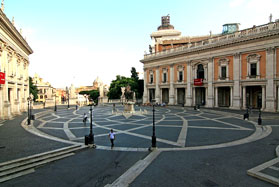 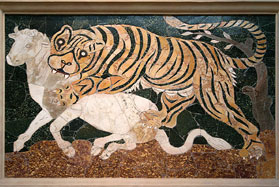 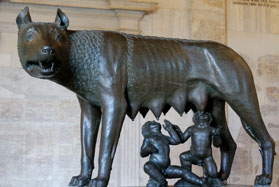 A bit of history about the Capitoline Museums

The Capitoline Museums (Musei Capitolini) are the main civic museum of the city of Rome. The historical seat is constituted by the Palazzo dei Conservatori and the Palazzo Nuovo. The two buildings are located on the Campidoglio Square remodeled following the design of Michelangelo and are linked by the Galleria Lapidaria, an underground passage that crosses the Campidoglio Square without having to go outside the museums.

The creation of the museums began when Pope Sixtus IV in 1471 donated a collection of bronzes, transforming it into one of the oldest museums in the world. This old collection was increased with time thanks to the donations of popes like Paul III and Pius V who wanted to remove from the Vatican the pagan sculptures. The situation of the museum improved in 1654 with the construction of the Palazzo Nuovo. The museum was opened to the public by the will of Pope Clement XII in 1734. Later, Benedict XIV, inaugurated the art gallery (Pinacoteca) Capitolina with the private collections of the Sacchetti family and the Pius family of Savoy.

What are the Capitoline Museums nowadays?

These two buildings are located in the center of Rome and make up the Capitoline Museums which currently offer an impressive collection of Romanesque paintings and sculptures.

Perhaps the most famous work that is preserved in these museums is the equestrian statue of Marcus Aurelius, the copy is in the center of the square while the original is exposed in a yard recently covered with glass after restoration work.

After the Vatican Museums, the Capitoline Museums are the most important that can be visited in this city as they preserve the memory of Ancient Rome. The Museums are also home to several temporary exhibitions not strictly of Roman art, conferences and concerts.

Curiosities about the Capitoline Museums

Did you know that the art gallery (Pinacoteca) Capitoline is the oldest public collection of painting? It was created between 1748 and 1750 with the purchase of paintings from 16th and 17th centuries that include masterpieces of Tiziano, Caravaggio and Rubens.

Did you know that Palazzo dei Conservatori was an old construction of the Middle Ages where the Public Council of Rome met? Michelangelo was the artist in charge of the design of the renovation of the façade, unfortunately he could not finish the work because of his death.

Why visit the Capitoline Museums?

Rome is a city in which every step tells you its history, every Roman street, every square, every stone, tells about the past of this beautiful capital city of the most powerful empire of mankind. When deciding which attractions to visit, take into account the main ones:
Within walking distance of the Capitoline Museums is the Roman Forum, one of the most important archaeological areas in the world, as well as being the nucleus of social and commercial life throughout the Roman Empire. In this same area we find the Colosseum, symbol of Rome in the world and one of the most photographed monuments and most visited. At 40 meters above the Roman Forum stands the Palatine Hill, the most central of the seven hills of Rome distinguishing itself as one of the oldest parts of the city. 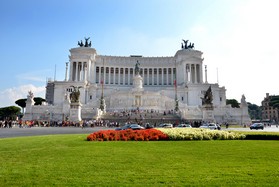 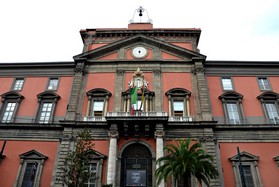 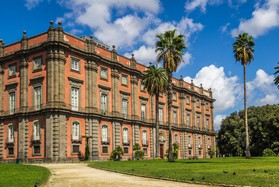