The ticket allow you to visit all four sites and is valid for 3 days. 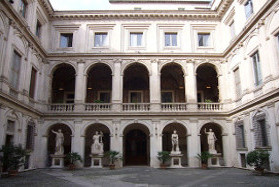 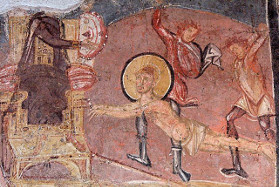 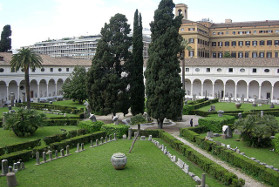 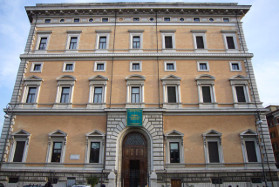 A bit of history about the National Roman Museum

The National Roman Museum (Museo Nazionale Romano) is a group of museums in Rome formed by four branches scattered in several places of the city. It was founded in 1889 and was inaugurated a year later during the unification of Italy, with the objective of collecting antiquities from the fifth century BC until the third century AD.

The archaeological collections of the Kircherian Museum began the collection that formed this museum to which were added numerous discoveries made in Rome during the planning of the city once it became the new capital of the new Kingdom of Italy. In 1901 the Italian State granted the Ludovisi Collection to the Roman National Museum as well as the important national collection of ancient sculpture. The museum was established in the cloister built by Michelangelo in the sixteenth century and was part of the hot springs of Diocletian and still its main headquarter.

The adaptation of the buildings with a new purpose began for the Exposition of 1911 and finished in 1930. In 1990 a total transformation was carried out dividing the collections in four branches, the Baths of Diocletian, the Crypta Balbi, the Palazzo Massimo and the Palazzo Altemps.

What is the National Roman Museum nowadays?

Thermal Baths Of Diocleziano: inside it is exposed an imposing funerary construction and two tombs with a decoration based on frescoes and plaster, estimated to date back to the early second century AD.

Crypta Balbi: it represents the development of Roman society and the urban landscape from antiquity to modern times.

Palazzo Massimo: the "Palazzo Massimo alle Terme" houses one of the world's largest collections of ancient art. It is the perfect showcase for some of the most beautiful paintings, mosaics and sculptures of Roman times.

Palazzo Altemps: this is one of the most interesting examples of Renaissance architecture in Rome. Since 1997 it is part of one of the four branches that make up the Roman National Museum.

Curiosities about the National Roman Museum

Did you know that the Baths of Diocleziano were a complex that worked until the year 537 when it was closed because the barbarian towns cut off the water supply of the city?

Did you know that in 1981 excavations began in the archaeological area of the Crypta Balbi and after twenty years of restoration, they were included in the Roman National Museum?

Why visit the National Roman Museum?

Why visit the Thermal baths of Diocleziano? Because they were the biggest thermal complex of the Ancient Rome. They were built by Emperor Diocletian in 305 AD with capacity for more than 3,000 people.

Why visit the Crypta Balbi? Because through the excavations carried out in their fields we can see the past of Rome. It was built between the years 19 and 13 BC under orders of Lucius Cornelius Balbus. Originally consisted of a theater, a four-story block and a courtyard.

Why visit the Palazzo Massimo? Because it has one of the best archaeological collections in the world. The museum building is a Renaissance building built between 1883 and 1887.

Why visit the Palazzo Altemps? Because it houses an important collection of Greek and Roman sculptures belonging to several families of the Roman nobility of the sixteenth and seventeenth centuries. The works are exposed in rooms of great beauty decorated with frescoes on the walls and ceilings.

How to visit the National Roman Museum?

The National Roman Museum is divided into four separate venues that house a large number of ancient artifacts. To visit, you can buy your ticket online to which you can add an audio guide to have an explanation during the visit.

Within walking distance of the Palazzo Altemps is the Navona Square which was used in ancient times for sports competitions and contest of various kinds, today this square is home to street artists, painters and portraitists. Nearby is also the Pantheon, a jewel embedded in the most central neighborhood of Rome.

In your tour around Rome you can not miss a visit to Campo de' Fiori a square located in the neighborhood of Parione, one of the most popular night spots for young people, Italians and foreigners. Very close to this square we find the Altar of the Patria a national monument located in the Piazza Venezia in Rome.

Closed on Monday, January 1st, May 1st and December 25th. 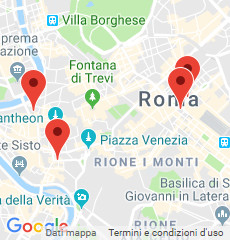